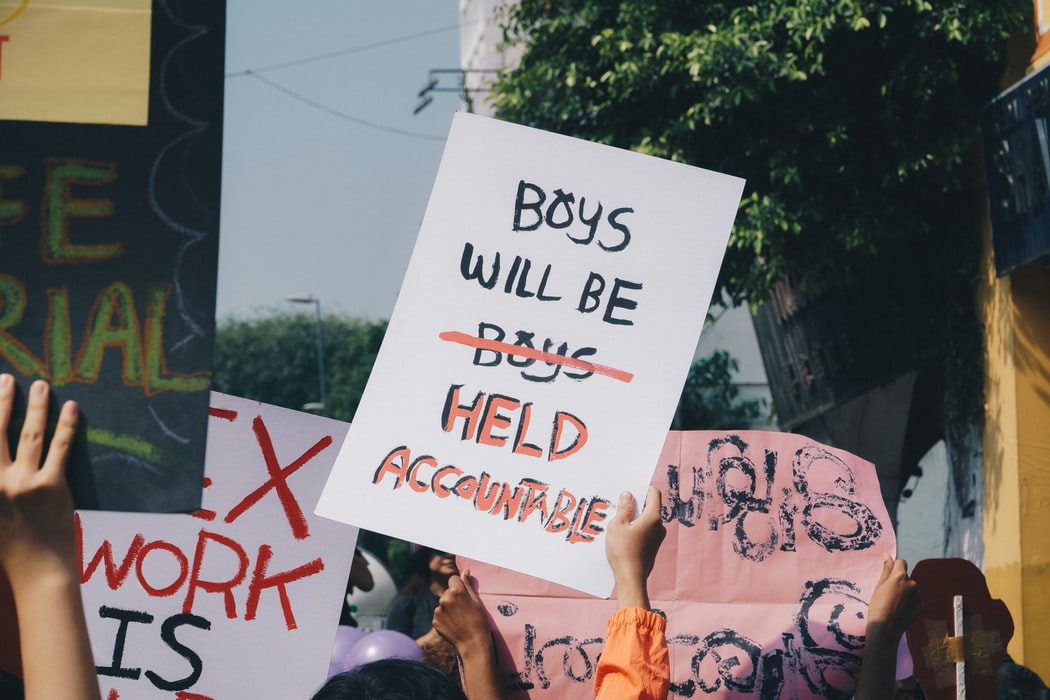 I have had my doubts about writing this post, mainly because every time I try to type out my thoughts, I get angry, sad and overwhelmed with emotion. Actually, when I think about what it means to be both black and female in this country, and in the world, I get mad as hell. So yeah, you can call me an ANGRY BLACK WOMAN! There is a war waged against women and to be expected to still be delicate is really insulting and ridiculous.

Malcolm X famously said “The most disrespected person in America, is the Black Woman”. I say, the most disrespected person ANYWHERE, is the Black Woman. Every single black woman I have ever come across has a story to tell about an incident that they went through as a result of being black, or female, or both. It is really upsetting that in 20-fucking-20 we are still fighting for our lives, fighting to be treated with basic human decency.

Women are dying! We are dying at the hands of men and that doesn’t seem to matter. Men are all over social media saying “we need to do better”, yet they don’t call out their rapist friends, they don’t call each other out when they see a women being harassed. When women come forward about rape and sexual harassment, they are questioned on why they waited or what they were wearing, like it fucking matters, like it’s okay to be violated if you are dressed a certain way. Men feel so entitled to us and our bodies, that not greeting back can land you in hospital or worse, dead.  Yoh, I am really so damn tired of this.

I have had incidents were I had to entertain men just because I was scared to “anger” them by not giving them my attention, and therefore endanger my life. I once had to give a metro cop my number because he wouldn’t let me go until I did. He took my driver’s license and called one of his colleagues to come see just how “pretty” I was. I sat in my car while these men were ogling at me, scared that I was one wise-ass remark from not making it home, mind you it was around 8pm in the evening. He told me the only way they’ll let me go, is if I take out my phone, and call him right there and then so he can have my number. Apparently some women had given him the wrong number in the past so he wasn’t going to let that happen again. That time, I was being held for no reason at all, I didn’t break any law, I was just trying to get home after a long day. And if you feel that “it’s not a big deal, just give him your number and then block him when you get home“, you are part of the problem. Why should I give a man access to me when I don’t want to, just to ensure my safety? Which by the way, is STILL not guaranteed by me giving him my number, he could still decide that my body belongs to him even after I gave him my number.

I’d like to tell you that that’s the worst thing that happened to me but sadly it’s not, there are so many other experiences that if I listed them, we’d be here all day, from being groped by strange men, to being pushed around because I ignored the cat-calls, to being followed while walking in malls and on the streets, to being followed while driving and being forced to take a detour so that some creep who thought it was “cute” to follow me home doesn’t know where I live, I don’t know how many times I have had to pass my place because I was being followed, or how many times I have had to cut my trip to the mall short because a man decided to make me feel unsafe and follow me to every single store I went to. Even going back to our cars in parking lots is an extreme sport, we have to be strategic about every single move we make, and even then it’s still not enough.

I decided to reach out to the women in my circle to share their experiences of being black and female. When I tell you that my heart is heavy from the stories I got, that is probably the understatement of the century. The shit we have gone through and continue to go through is so repulsive, I cried when I read and heard these stories.

DO NOT COME HERE WITH THE “ALL LIVES MATTER” AND “NOT ALL MEN” VICTIM BLAMING NONSENSE. IF YOU WANNA DEFEND RUBBISH, DO IT ELSEWHERE, NOT HERE.

I am going to share the stories of these women who trusted me enough to be vulnerable and open up. Some were okay with me using their names and some weren’t, but I decided to keep everyone anonymous out of respect for their privacy. This is just a handful of the women I know, there are so many more with similar and worse stories. Some are not even alive to tell their stories. Scroll through the gut wrenching stories below:

I don’t even know what more to say that hasn’t been said already. This post wasn’t meant to be educational, but more like a call for change and to speak up and share the experiences of black women and the atrocities committed against us. If you are looking to educate yourself, use the resources at your disposal, do your research and read up on the struggles of black people and black women in particular, and how you can help end this horrible cycle.

Till next time, if I make it to next time, because honestly at this rate, I could get killed going to the grocery store and it wouldn’t be something new. How tragic is that, that I could be dead tomorrow and that won’t be shocking? How is it normal that every 3 hours a woman is killed in this country? How?

#CheckIn: How Are YOU Doing?

Why I Haven’t Posted In Almost a Month

Hi there! Welcome to Everything Refiloe. Join me as I learn more about myself and share with you my personal stories, lessons, opinions, tips and tricks to help you live a more beautiful life as a young adult.