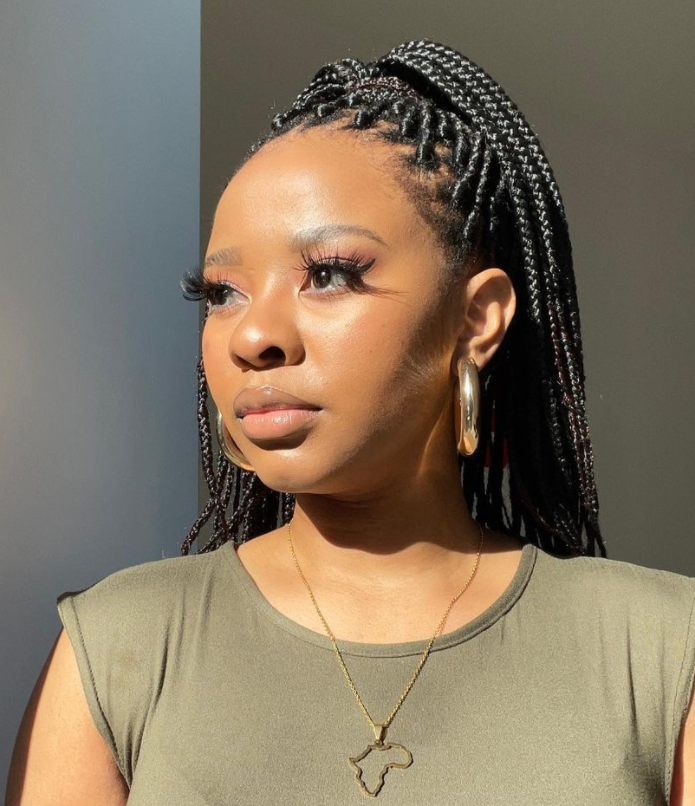 Are you familiar with that annoying feeling of inadequacy, self-doubt and feeling like a fraud because you can’t meet your own perfectionist standards? That gnawing feeling of being tortured by your own mind? If you’ve never experienced any of that, you’re lucky because those, my friend, are the dreadful feelings brought on by Impostor Syndrome.

Despite being pretty kick ass at my job, with a few years of experience under my belt to boot, I sometimes feel like I’m not the best I can be or that I don’t deserve all that I’ve achieved and eventually someone is gonna catch on that I’m a fraud and it’s all gonna come crashing down, crazy right? This feeling didn’t just start when I moved to the UK, I had moments of self-doubt even when I was still in SA, but it was never this amplified and damn near paralyzing because it was only at work that I sometimes (rarely) felt that way, I never felt like an impostor in other areas of my life…until now.

I want to talk about feeling like you don’t belong in your host country as an expat – someone who chose to leave their home country for work, love, family, to start afresh or just for vibes. It’s always been my dream to live abroad and I feel so lucky to be able to live here; that being said, I have been feeling like an impostor. Since I haven’t been able to visit my friends and family in SA since I moved (which will be changing soon, God willing), I have felt quite lonely at times. I’ve been living here for a year now and this is the longest I’ve gone without seeing my friends and family, so I’ve been feeling very disconnected.

I think it’s important to note that I’m a person who really enjoys their time alone. When I still lived in SA, I didn’t see my friends and family as often as you’d think I did. I moved to Pretoria after high school, which is 4 hours from my home town, so I’d go home once every 2 or 3 months to see my family, and when it comes to my friends, with our busy adult lives, I also probably only saw them once every other month or once a month at most, so it’s not like I had quite the busy social calendar in SA, I didn’t, and that didn’t bother me, in fact I preferred it that way because like I said, I enjoy my alone time and I’m a homebody. I say all that to say to that if I, an introvert (who low-key didn’t mind lockdown – except the deadly virus & closure of everything part), have been feeling lonely, then you know the situation is really dire.

I’ll be honest, as someone who enjoys solitude, these feelings of loneliness were foreign to me, so much so that I tried to deny that’s what I was feeling. Me? The person who actively limits human interaction and always needs a few weeks to recover after attending social events, is lonely? It can’t be, I was in denial for quite some time.

That’s not to say I don’t have friends here though, I’m very thankful for the friends I’ve made, they’ve really made a huge difference, however, it’s just not the same because as lovely as they are, I still feel like an impostor because the thing I didn’t anticipate about trying to make friends in your late 20s in a foreign country is that everyone else already has an established life and social circle. I’m the newbie, who also happens to be very introverted and slightly socially awkward when I first meet people, so it’s quite difficult for me to try and join in on already established social circles without feeling like I’m intruding/imposing, not to mention the cultural differences as well.

There are some things I am still having trouble getting accustomed to. When I make a cultural faux pas or if I accidentally use phrases or terms only common in SA (bearing in mind that English isn’t even my home language) I sometimes think “what am I even doing here?! I’ll never fully fit in…”

SA has 11 official languages, but even with that many languages, we have common phrases/terms that any South African, no matter their language, will understand; and to take it a step further, there’s also terms/phrases commonly understood amongst black people, even with the different languages. I’ve truly missed that sense of belonging because I don’t understand the slang here half the time and I can truly say that speaking English all the time gets exhausting sometimes, I really do run out English data bundles.

I’m also very appreciative of my friends and family back home because they really do check in and we keep in touch, but man the Zoom fatigue is real. I think the fact that I’m still working from home, which means I spend my days in and out of Zoom/Teams meetings makes it worse because the last thing I wanna do after a long day of videoconferencing at work, is to be on any more video calls, and I sometimes feel so bad when I feel that way because I know that they care and miss me just as much as I miss them.

I also feel like a fraud when it comes to my friends and family in SA because I never truly tell them how I really feel. I’ll usually say I’m not feeling great but downplay it as no big deal because the last thing I want is to worry them when there’s little to nothing they can do to help, so I sometimes feel like I’m lying when I put on a brave face.

How I’ve Been Dealing With It

Honestly, I’m still learning how to cope and therapy has been a big part of that so I don’t have all the answers as I’m still on the journey. The first step was admitting to myself that I was feeling this way and accepting it, but once I accepted it, I knew I had to do something about it, hence the therapy. I also had to accept that perfection doesn’t exist, so I am constantly trying not to be so hard on myself but it’s not easy.

The one thing I’m still struggling with but working on getting better at is accepting compliments, especially when it comes to my work. I have no issues accepting compliments about my looks, have you seen me? I am a work of art, I just need to work on channeling that same energy towards other areas of my life. According to my therapist, this is a big one among all high achieving, intelligent and driven expat women, especially those in minority groups (she also pointed out that I looked uncomfortable when she called me high achieving, intelligent and driven

). Apparently we struggle to see it (yes I said WE – I am owning my intelligence damnit!), and even worse, we run away from and feel uncomfortable with compliments — a typical sign of impostor syndrome.

So I’ve been trying to be aware of my reactions to praises. I noticed that I would downplay them a lot because I didn’t want to seem like I’m cocky or bragging, so instead of saying “oh it was no big deal” when someone praises me for something, I now just accept the compliment and say thank you instead of making it seem like it was nothing. It seemed so insignificant but once I was aware of it, I realised how often I did it, so I’m now actively working on stopping it.

Whenever I feel like I don’t belong, I just remind myself why I moved and I also try to focus on the things I’ve enjoyed the most since moving here. When I miss home, calling friends and family is also the second best thing to actually seeing them (Zoom Fatigue be damned), I also love making my favourite meals from back home, it’s always so comforting to eat food that remind me of friends and family, so that helps a lot as well (when I can find the ingredients).

In true Everything Refiloe style, I’ve rambled on and this post is probably all over the place but it wouldn’t be me if it wasn’t

so I do hope you could follow my thought process and enjoyed it or at least learnt something from this.

If you’ve ever felt like an expat impostor, or just an impostor in general, let me know in the comments so I know I’m not the only one going through this.